Top Benefits of Mobile Patrolling You Should Be Aware Of

Security guards on patrol are always very well-suited in their uniforms and move around in marked patrol cars which make them identifiable from a far distance. This is a great way of making them look like a deterrent for all those criminals who are planning to commit a crime; they instantly get alarmed and realise they can get caught within minutes as there is a force constantly on patrol. It prevents them from breaking the law or harming anyone. Mobile patrolling has proven very beneficial and has drastically reduced the number of cases of crimes like vandalism, break-ins, and thefts in residential areas.

The fundamental role of mobile patrolling is to identify any potential crimes in the vicinity they are securing. This could be any form of danger from thieves breaking into the building to someone from the inside stealing something. Mobile patrols are preferred over guards as they cover comparatively larger areas because of their constant movement from one place to another. They also keep a check on the CCTV footage to keep themselves updated about the areas they are not present in. This way, you can rest assured that your premises are being well taken care of.

The best and the most common way to use mobile patrolling is by combining it with CCTV security. While they can instantly respond to dangers in the area they are guarding, the CCTV footage and alarms update them about the areas they are not physically present in. The situations are very well-handled because of their quick travelling as they can instantly act on any reported dangers or crimes by moving to the location with the help of their vehicles. It is mainly their fast vehicles that make them so much better than a bunch of guards patrolling areas on foot. Therefore, it is always best to hire security petrol with the best vehicles.

Mobile patrol guards not only provide conventional mobile patrolling in Canada but also respond to alarms and make sure that your premises are as safe as possible. They look after all the potential threats and are well-equipped to deal with whatever situation that may come their way. Their duty mostly includes everything from checking door locks to windows and CCTV footage for any possible dangers. In addition, you can also ask your security firm to install a digital security system that your patrol guards will look after.

Now that you have a fair idea of the number of benefits mobile patrolling brings, here is a list of some of the types of patrolling that you can choose from. You can ask your security firm which ones they offer and then select according to your budget and preference.

In a nutshell, mobile patrolling in Canada is a far better option than any conventional method of security. However, you should only hire guards from a trustworthy security firm that will be determined to provide you with the best services in your budget. To book a mobile patrol team for your business, contact Potential Security now and get the best guards out there. They will work day in and night out to make your vicinity as secure as possible for you. 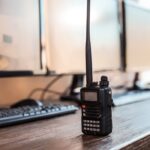 Your Complete Guide to Alarm Monitoring

5 Ways To Secure Your Bank From Any Threats 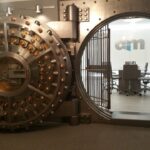 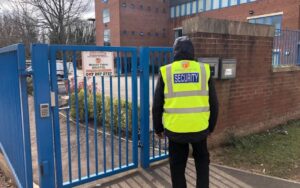 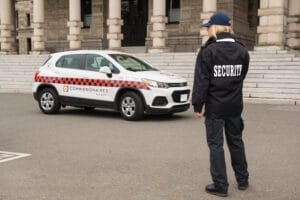 What Are The Advantages of Hiring Our Mobile Patrol Security Service at Your Warehouse? 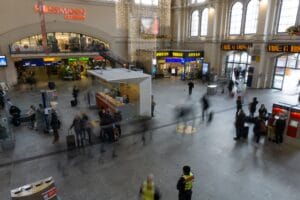 The Most Prevalent Challenges that Commercial Security Companies Face